The Story Behind the Hymn "It Is Well With My Soul" 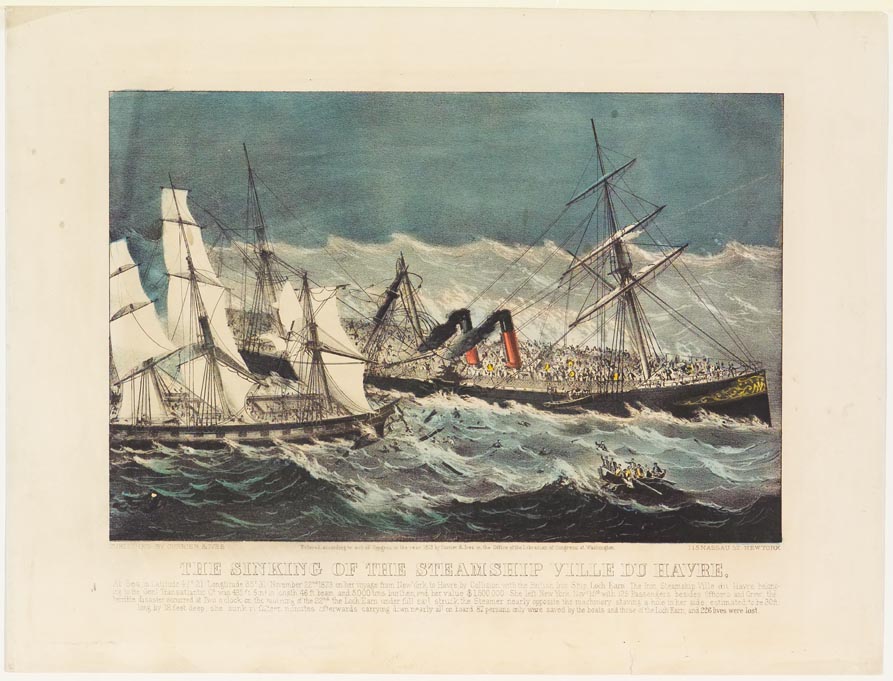 One of the reasons many old hymns continue to withstand the test of time as they move our hearts while we sing them still is because of both the profound emotional and theological depth they convey. This Sunday in our online worship gathering we will be signing a hymn penned in 1873 by Horatio Spafford entitled “It Is Well With My Soul”. While this is a familiar hymn to many, as it has been published in a plethora of hymnals and sung in a wide variety of churches, the story behind this famous hymn is less known.

Horatio G. Spafford was a successful lawyer and businessman in Chicago with a lovely family; his wife, Anna, and five children. However, they were not strangers to tears and tragedy.

This hymn was written after traumatic events in Spafford's life. The first two were the death of his four-year-old son and the Great Chicago Fire of 1871, which also ruined him financially (he had been a successful lawyer and had invested significantly in property in the area of Chicago that was extensively damaged by the great fire). His business interests were further hit by the economic downturn of 1873, at which time he had planned to travel to Europe with his family on the SS Ville du Havre. In a late change of plan, he sent his family ahead while he was delayed on business concerning zoning problems following the Great Chicago Fire. Although Mr. Spafford had planned to go with his family, he found it necessary to stay in Chicago and told his wife he would take another ship to join her and their children in Europe a few days later.

On Nov. 21, 1873, the French ocean liner, Ville du Havre was crossing the Atlantic from the U.S. to Europe with 313 passengers on board. Among the passengers were Mrs. Spafford and their four daughters. Suddenly the Ville du Harve collided with a powerful, iron-hulled Scottish ship, the Loch Earn. All of a sudden everyone on board was in grave danger. Anna hurriedly brought her four children to the deck. She knelt there with Annie, Margaret Lee, Bessie and Tanetta and prayed that God would spare them if that could be His will, or to make them willing to endure whatever awaited them. Within approximately 12 minutes, the Ville du Harve slipped beneath the dark waters of the Atlantic, carrying with it 226 of the passengers including the four Spafford children.

A sailor, rowing a small boat over the spot where the ship went down, spotted a woman floating on a piece of the wreckage. It was Anna, still alive. He pulled her into the boat and they were picked up by another large vessel which, nine days later, landed them in Cardiff, Wales. From there she wired her husband a message which began, “Saved alone, what shall I do?” Mr. Spafford later framed the telegram and placed it in his office.

Another of the ship’s survivors, Pastor Weiss, later recalled Anna saying, “God gave me four daughters. Now they have been taken from me. Someday I will understand why.”

Mr. Spafford booked passage on the next available ship and left to join his grieving wife. With the ship about four days out, the captain called Spafford to his cabin and told him they were over the place where his children went down. According to Bertha Spafford Vester, a daughter born after the tragedy, Spafford was inspired to write these words as his ship passed near where his daughters had died just a few days earlier.

When peace like a river, attendeth my way,
When sorrows like sea billows roll;
Whatever my lot, Thou hast taught me to know
It is well, it is well, with my soul.

Though Satan should buffet, though trials should come,
Let this blest assurance control,
That Christ has regarded my helpless estate,
And hath shed His own blood for my soul.

My sin, oh, the bliss of this glorious thought!
My sin, not in part but the whole,
Is nailed to the cross, and I bear it no more,
Praise the Lord, praise the Lord, O my soul!

For me, be it Christ, be it Christ hence to live:
If Jordan above me shall roll,
No pang shall be mine, for in death as in life,
Thou wilt whisper Thy peace to my soul.

But Lord, 'tis for Thee, for Thy coming we wait,
The sky, not the grave, is our goal;
Oh, trump of the angel! Oh, voice of the Lord!
Blessed hope, blessed rest of my soul.

And Lord, haste the day when the faith shall be sight,
The clouds be rolled back as a scroll;
The trump shall resound, and the Lord shall descend,
A song in the night, oh my soul!

The Story Behind the Hymn "It Is Well With My Soul"